A little sneak peak of some of the dresses that wi

Wearing this fabulous vintage dress which I bought

Brightening up a very wet and windy Wednesday with

Happy new year! My only New Years resolution so fa

Ad - PR Product. Brightening up this grey and gloo

Ad - this week I’ve been getting my craft on and

This little spot in the garden doesn’t look near 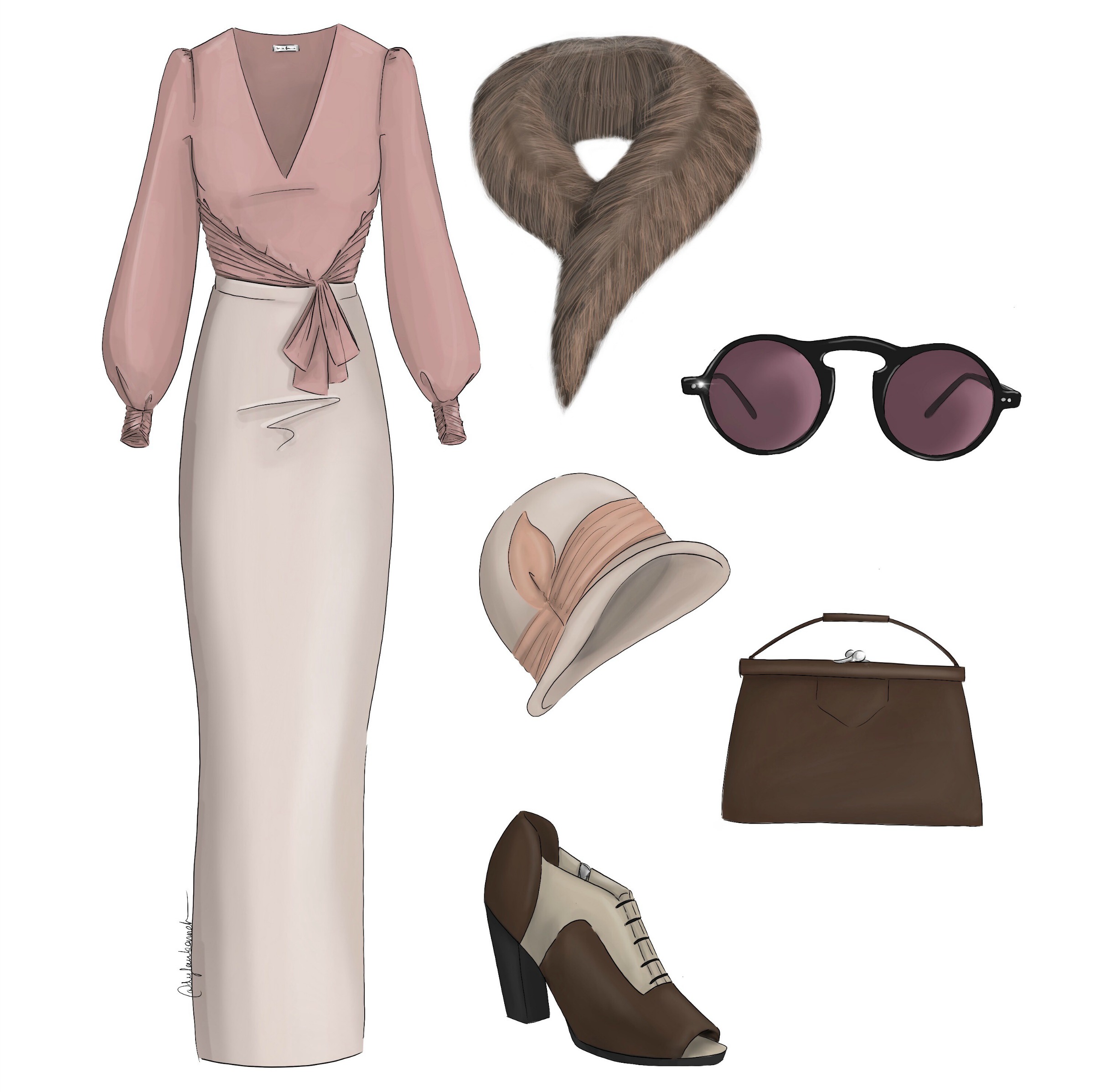 I have clothes and accessories from many vintage eras in my wardrobe. One of the most fun things about wearing a collecting vintage, is experimenting with different eras. Although each decade has a wide variety of shapes and styles, each one certainly has it’s iconic looks. The fashion illustrations in todays post look at each decade and the glasses styles that go with them. I thought they were really fun and I hope you enjoy looking at them as much as I did.

1920s: This was a decade of huge change for women’s fashion. Hemlines rose and sumptuous beaded evening gowns were everywhere. To recreate the look, loom out for heavy embellishment, dropped waists and hemlines that fall just below the knee. Fringed styles and glitzy accessories also fit well with the era. The look about is quite a modern version of the 20s look, but I still really like it for that fun flapper look.

1920s Glasses: Round sunglasses were popular in the 1920s with many famous Hollywood stars photographed wearing them.

1930s: The 30s were all about glamour, with beautiful bias cut gowns, and tailored styles with pleats, ruffles and wide sleeves. Fur and hats were popular accessories and shoes had chunkier heels. To create the look, look out for elegant dresses which fit beautifully and have those extra 30s details.

1930s Sunglasses: Similarly to 20s styles, 30s glasses were also round. They often had thicker frames and a slight wing. Worn with beach pyjamas they made the perfect addition to that glamorous riviera style.

1940s: With the war, came utility clothing and rationing. Clothes were cleverly made to use minimal fabric and with fewer buttons. Shoulders were squared and masculine tailoring was common. Dresses were narrow on the hips and fell just below the knee. To recreate the 40s style, look out for subtle shoulder pads and pretty details rather than lots of fabric.

1940s Glasses: Glasses in the 40s have a more structured shape with the appearance of horn rims and cat eyes.

1950s: The 50s were all about tiny waists and very full skirts, the sheer volume of fabric was a reaction to the austerity of the war and post war years. Colours were bright and prints were bold. The 50s is always a fun decade to recreate. Original dresses are reasonably easy to find and both modern and reproduction dresses emulate the style.

1950s Glasses: Just as in the 1940s, cat eye glasses continued to be popular for women in the 1950s. The sharp angles of the frame had a lifting effect on the face. These often came in bright fun colours and were sometimes embellished.

1960s: The 60s were all about social change, and this was reflected heavily in the fashions of the era. Hem lines rose by many inches, colour blocks and bold prints were popular and white boots were a must have accessory.

1960s Glasses: Famous women like Jacky Kennedy were wearing over sized frames and these were the go to look of the decade. Look for big plastic frames in colours to match your outfit.

1970s: 70s fashion was flamboyant and fun. Key pieces included jumpsuits, hot pants and maxi dresses, shoes had big platforms for maximum impact. Big and bold gold jewellery was a must. Weather you’re going to a disco or a hippy look, the seventies is all about bold earthy tones and statement accessories.

1970s Glasses: Popular frames in the 70s were bold and chunky. Frames were bigger and bolder and also a lot lighter due to technological advances.

1980s: However you feel about 80s fashion, its hard to deny how creative the fashions were. This decade takes many influences from those that came before it. For a typical 80s look, so for big hair, bright neon colours and lots of layering.

1980s Glasses: Aviators were a really popular style in the 80s, with films like Top Gun making them popular.

1990s: Denim was absolutely huge in the 90s, a pair of mum jeans with a white t-shirt paired with a flannel shirt or over sized sweater is perfect for an early 90s day look.

1990s Glasses: These frames were more understated than the extravagant styles of the 80s and were often smaller, made from thin metal and not covering much of the face.

So which is your favourite era, I absolutely adore the looks form the 30s, 40s and 50s, but looking back on the 90s when I grew up is slaps pretty cool. If I could recreate any look just for fun, it would be the 70s one, I would love to go out dancing dressed in a super glamorous jumpsuit!

Thank you Vision Direct  for working with me on this blog post. These beautiful drawings were created by fashion illustrator Dylan Bonnet.

Why I Love My Vintage Dresses

The Worst Day - Why You Shouldn't Ignore Headaches.