When I was little my grandparents had a little boo

I've hardly bought any new clothes for myself over

More lovely vintage bits that will be going onto t

Pairing up some vintage charity shop finds with ol

More beautiful Laura Ashley, because I’m on a ro

Wearing future stock from the shop, before I have

This Laura Ashley dress is just toooo gorgeous! I 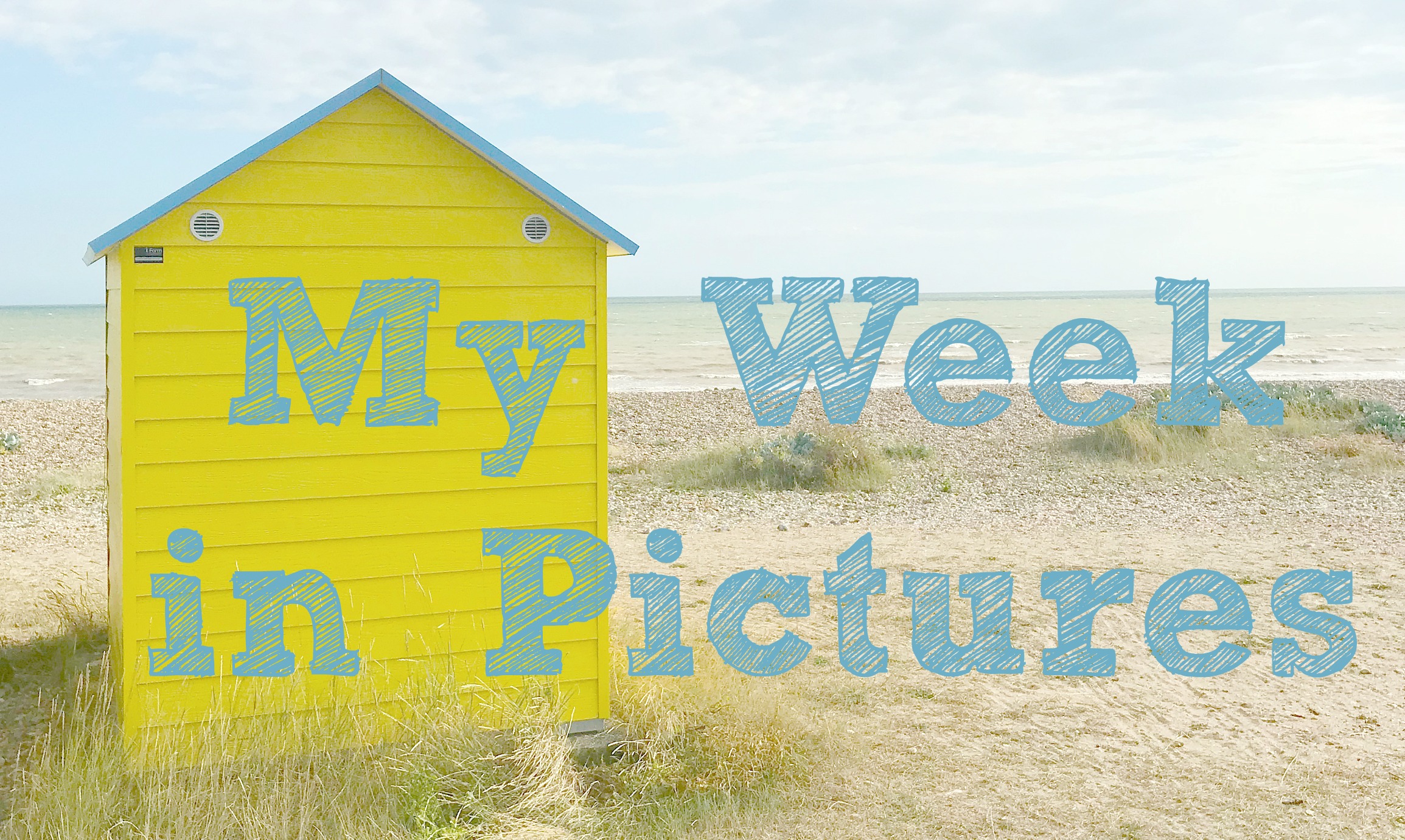 Another catch up post here! It’s definitely a bit of a blessing that I’ve been having so much fun, I’ve not had a whole lot of time to write about it! There’s going to be a couple of Week in Pictures posts this week as I get a little more caught up. I may be really slow at getting them up, but I really enjoy writing them and I am considering carrying them on in September even after the kids go back. It might encourage me to do more interesting stuff even when I’m not with them! Also here I’m planning to put a lot more hours into my work in September I might share a bit more about what it’s like working from home and being a blogger and vintage seller. Anyway for now, back to my week….

13th August – Rob took this week off work to spend with us, which was a massive treat as he rarely takes time off in the holidays. We decided to head to Littlehampton to go crabbing. We had a very successful trip years ago which I blogged about.

This time we didn’t manage to catch any! I think we did it slightly differently and we’ll have to have another go again soon. We had so much fun though and I’m always happy when I get to see the sea.

After out failed attempt at catching crabs, we stopped for doughnuts and the kids went on some rides and bumped us a lot on the bumper cars!

I then dragged my tired family down the beach to admire some beach huts before we headed home.

It was a lovely day, but OMG do I hate long car journeys with kids. Why do they suddenly become such idiots as soon as you put them next to each other in the back of a car! hahaha! They look like butter wouldn’t melt, but I assure you, it would!

I wore a vintage cotton dress, which I’ve had for years, along with my gold Hotter Sol sandals. I just threw my hair up into a bun as it was super windy.

14th August – We spend a bit of time in the garden and played with our little farm we made the week before. It’s such a fun idea and definitely something I’ll be doing again when ever the weather is nice.

We also spent ages making Lila a den, just in time for her to get bored of the garden and want to do something else! All you need to make one is bamboo, string, some bedding or blankets and some pegs. So we popped out for a Starbucks and got some more farm animals in TK Maxx to join our garden farm.

15th August – While I’m being honest, the day didn’t start out too well with a bit of an argument. Luckily we all eventually made up and headed off to the beach again. We chose East Wittering in Sussex as we both love it there. We splashed about in the waves, the girls got soaked and as it was really windy, we successfully got our kite in the air and it was amazing.

Rob then headed off to get us all fish and chips, by then it had got really cold, so we huddled up and enjoyed our food. There’s nothing better than fish and chips on a windy British beach.

Before it got too cold I wore a swimsuit from Tu Clothing, a cover up from New Look last year and my Hotter Sol sandals in white.

On the way home we popped to the beautiful secluded churchyard where my grandparents are buried, which isn’t far from the beach. It’s a wonderful quiet spot in the middle of fields and I have so many memories of going to the church with them as a child. We left some beautiful flowers on their grave and I took a bit of time to think about them.

16th August – Rob and Lila went to have a day together and watch a film, so I had jess all to myself. We went out getting lots of bits and bobs for Fay’s baby shower which I’m organising and made a secret thing, which I can’t talk  about yet, but will in September after the shower.

17th August – According to the pics on my phone, Lila and I went to Ikea to get a few bits and I honestly can’t remember what else I did that day!

18th August – Rob had gone fishing the night before, so it was just me and the girls at home. We had a big clear out at home and organised all out shoes and got the hall looking really nice. I also sorted some jewellery out to list on my Etsy in September and took a few pictures.

In the evening Rob and I headed out to celebrate my brother and his boyfriends birthdays. I was rubbish and didn’t take any pictures. Rob got an outfit pic on the way home at the station, but I’d already taken my heels off and replaced them with my comfy hotter sandals! I’m wearing one of my all time favourite vintage 70s dresses along with a vintage straw bag.

19th August – We visited the farm and Lila had her first ever proper pony ride. She has done short 2 minute rides before, but this one was a full half hour and she really enjoyed it. She looked so cute too!

So thats was another busy week of the summer holidays done. They go far too quickly! Look out for my next instalment later in the week. I’m also going to reach my 1000th blog post in the next few days, which is quite a big achievement!

A Day Out at Dreamland

Top 10 Things to do in Margate

What Goes into Running a Vintage Business