Seeing Costumes from The Favourite at Hampton Court Palace 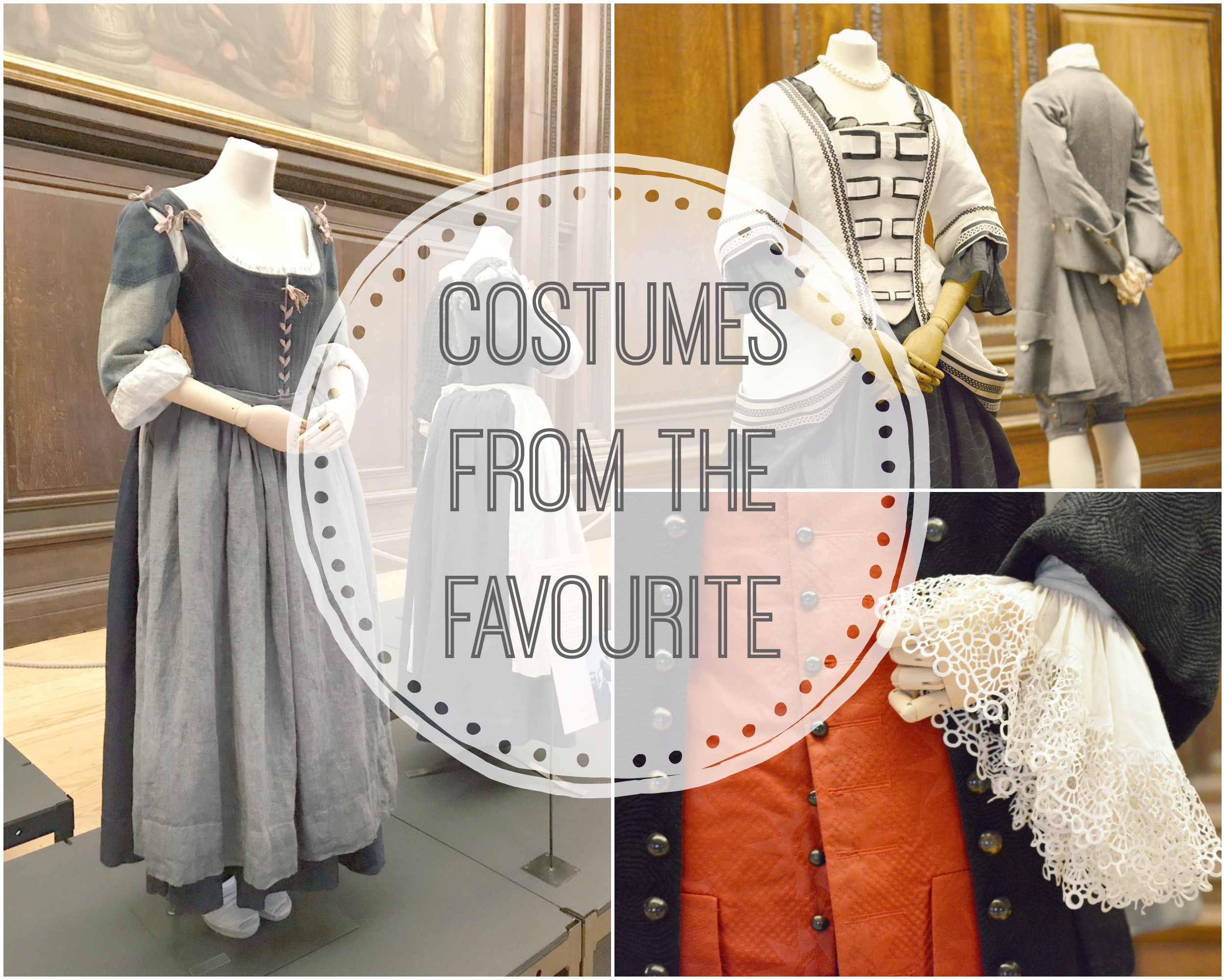 I’m feeling pretty delighted today, having seen that lovely Olivia Coleman has won Best Actress at the Oscars for her role as Queen Anne in The Favourite. Personally I think she truly deserved it, she is absolutely wonderful in the film and if you haven’t watched it already make sure you do!

Last week I was invited to a wonderful event at Hampton Court Palace to learn more about Queen Anne and to view some of the filming locations and costumes from the film. We were given a tour of the kitchens where scenes were filmed and learnt about how the kitchens functioned in Queen Anne’s time and what food was eaten. If you ever go to Hampton Court, the kitchens are such a fascinating place to explore. Every bit as interesting as the Tudor, Stuart and Georgian state rooms.

We also looked at rooms that would have been used by Queen Anne and even went to a part of the Palace not usually open to the public to look at an actual bed that belonged to her.

I learnt so much along the way. I may be a big history geek, but I know so much more about the Georgian monarchs and didn’t know that much about Queen Anne previously. I’ll probably write another post about her at some point.

Despite her many disabilities and living through 17 pregnancies with no children surviving beyond childhood, she managed to be a pretty impressive Queen. Although her suffering was huge and she only lived to the age of 49. Although the film has a lot of creative licence and fictional elements, you definitely get this impression of her from the film.

I wanted to focus on the highlight of the event – getting to look at some of the fabulous costumes from the film. The film shares a costume designer with the recent Mary Poppins films and both films completely stood out to me because of all the amazing clothes. Sandy Powell produced the costumes with the same creative licence as the film itself, using modern fabrics to create wonderful early 18th century silhouettes and the result is absolute perfection.

Watching the film, the costumes really stood out to me and really reflect the characters wearing them. The colour palette is largely black and white and the monochrome effect stands out beautifully in screen. I really like that the costumes aren’t completely historically accurate, they create a theatrical effect that just works. The film is a visual masterpiece and the costumes play a big factor in that.

One of the best examples of interesting fabrics would have to be the use of denim on the servants outfits. I didn’t even notice this watching the film as it works so well. The idea of using a fabric that is traditional for workwear is completely inspired and looking closely at a historical costume made out of a fabric that we wear completely differently is so interesting. The demin came from thrifted jeans bought from Charity shops local to Powells’s studio in Shepperton.

I enjoyed looking at these up close so much!

Many of the details on the dresses were created using laser cut vinyl, which is such a clever and modern way to create intricate embellishments. The vinyl was used across many of the costumes and I think it looks amazing. I would have had no idea while watching the film, so it was another thing that I really enjoyed getting a close look at during the exhibition.

Some of the fabrics from The Favourite were sourced from Brixton market and the beautiful textures look absolutely amazing in the film. I kept spotting them while I was watching it and they look so beautiful. The gorgeous textures really added more depth to the relatively simple costumes.

Anne’s beautiful robe, which she wears a lot in The Favourite represents her poor health and frailty and is made from an antique candlewick bed cover. It reminded me of the ones my grandma used to have! This was one of my absolute favourite costumes from the films, not only it is a beautiful garment, but also such an important piece in telling the story of the character. I spent ages looking at it up close and enjoying it.

If you loved the film, or just enjoy fashion and history, I would highly recommend a trip to Hampton Court Palace. I have a membership so it’s somewhere I visit all the time with the kids and we never run out of stuff to see!

The costumes from The Favourite will be on display at Hampton Court until 10th March, so be quick if you want to see them! There are more costume son display at Kennsington Palace. I’m going to try to go this week to see them too. Find out more on the HRP website.

Fashion on The Ration Book Review and Giveaway

Why I Started Blogging and Why I Still do it.